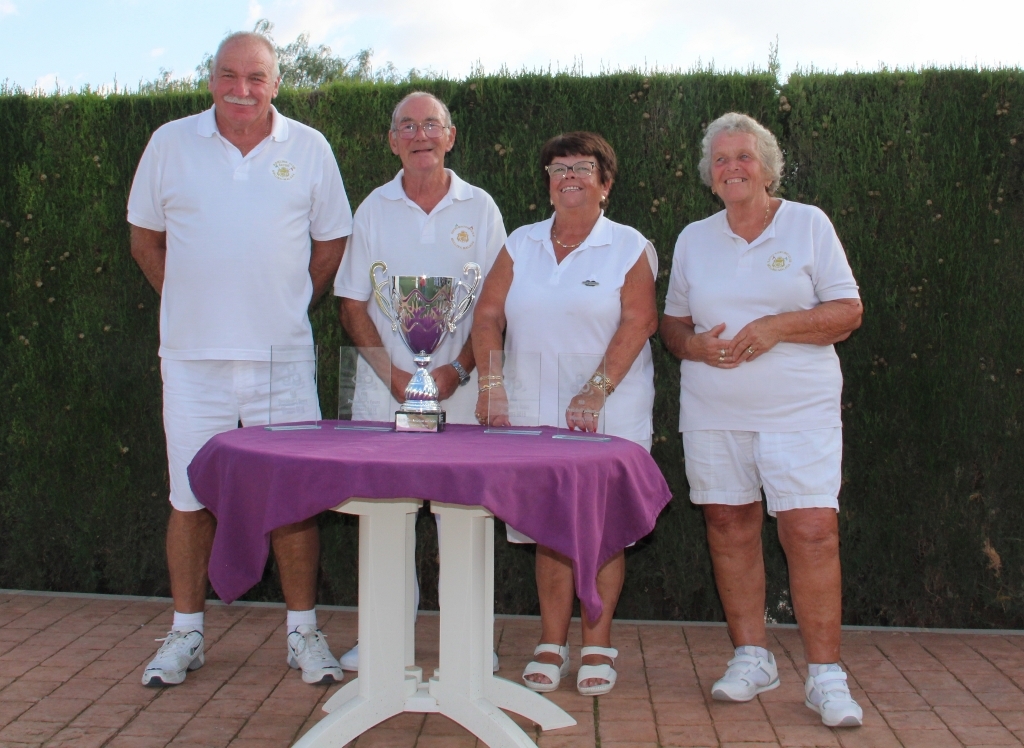 The President's Fours is a Knockout competition between teams of Four players in the Rinks format.
Players must be Federated and belong to the same Club. There is no restriction on gender within the team. Clubs can enter as many teams of 4 as they wish. Each team of 4 is a stand alone team.

In past years this competition has been spread throughout the season with one round played each month.
Because of scheduling difficulties the Clubs decided that a single Tournament held over 4 days would be held instead.
Although the first season in this format did not attract the entries it was hoped for, it was decided to try it again tise year, with last years winners hosting the event.
It will be held at Saydo Bowls Club and all Clubs will receive entry forms and details well in advance. It is hoped that everyone will give the tournament their support.